When Kristine Strange talks about fitness with her two school-age sons, she’s careful to focus on effort, rather than physical appearance. “We talk about how strong our bodies are and how much work they can do, rather than what they look like,” she says.

Boys develop unhealthy relationships with food and body image nearly as often as girls, but their struggles are often unrecognized by parents and caregivers. According to Stanford University researchers, because a traditional medical assessment for eating disorders is often gender-biased, conditions may be under-diagnosed in males.

Eating disorders among youth are on the rise worldwide, with more boys seeking treatment, says Evans, who works with boys as young as 8 in the Seattle Children’s Eating Disorders Program. “I have definitely seen an increase in the boys over the past 10-15 years, and the number of referrals to our eating disorder clinic has quadrupled.”

Around a quarter to a third of those struggling with an eating disorder is male, says clinical psychologist Michelle P. Maidenberg. Boys tend to experience different types of eating disorders than girls, making them harder to detect by parents and healthcare providers, she notes. “On average, boys develop eating disorders at a slightly younger age than girls do. They usually have binge eating disorder or not otherwise specified eating disorders, rather than anorexia or bulimia.”

Who’s most at risk?

The boys who seem to be most vulnerable to struggle with body image, eating disorders, and disordered (or abnormal) eating are those with a keen desire to be fit, lean, and thin, says Maidenberg. Boys involved in sports or activities where body weight is emphasized, like track, rowing, gymnastics, or wrestling, are vulnerable. “Socio-cultural and socio-economic factors also put boys at risk, particularly for boys who come from families with high levels of stress, poor patterns of communication, unrealistically high expectations, and under-developed problem-solving skills,” she says.

A boy with a close family member or parent with an eating disorder is more likely to develop one himself. Research shows that having a gender identity different from the one assigned at birth increases vulnerability for eating disorders. “In our gender clinic we see youth restricting food intake to delay puberty,” Evans says.

Words — and signs — to watch

Everyday conversations may hold clues that signal a boy is struggling with body image and food, says Evans. When terms like “cut,” “shredded,” and “ripped” — terms for an extremely defined, muscular physique — start showing up frequently, listen closely.

“When a boy says he wants to ‘eat healthy’ parents should really listen and ask what that means to him,” Evans says. “The challenge with eating disorders is that they can start with the child wanting to improve their health and fitness, and the parents want to support that. Then it spirals out of control.”

Parents of younger boys may notice them moving food around on their plate, cutting food into tiny bites, and bringing home a nearly full lunchbox after school. “Parents have told me that they’ve found food hidden in their child’s glass of milk or napkin after dinner,” says Evans.

Left unchecked, these behaviors can lead to physical signs of malnourishment, including low heart rate, low blood sugar, constipation, dizziness, and feeling cold, says Evans. Eating disorders are linked to depression and anxiety; researchers estimate that nearly half of teens with an eating disorder are also depressed.

Parents can support a healthy body image by talking openly — and factually — about the physical form. Don’t shy away from questions about the body or how it works, says Maidenberg, whose book Free Your Child From Overeating helps parents encourage a healthy relationship with food.

Instead, use your son’s questions about his body as opportunities to talk about self-care, she says. “Part of loving himself means taking care of his body and keeping it strong and healthy by eating healthfully.”

Talking openly about bodies means being real about the physical changes that accompany puberty. “Before and after puberty, our bodies change dramatically, and weight gain can be a normal part of the process,” says Maidenberg.

In conversations with boys, be careful about confusing health and fitness, a common but potentially damaging mistake. Tell boys that it’s possible to be fit without being healthy — there are plenty of examples of exceptionally fit professional or elite athletes who experience serious health problems, from frequent bone fractures to heart disease to depression.

“Our health is important because it helps our bodies grow, function properly, and become strong,” says Maidenberg. Healthful behaviors like eating a balanced diet and resting enough give the body energy; behaviors like overtraining and food restriction that seem to boost fitness temporarily actually detract from health.

When talking about food choices — including yours — focus on balance instead of restriction, says Evans. “The dietitians I work with like to say ‘Every food has a purpose‘.” Instead of talking about losing weight or cutting foods out of your diet, talk about what the food you’re taking in is doing for you.

Communicate unconditional love and that physical attributes don’t determine his worth as a person, says Maidenberg. “Our body size and shape are in part due to heredity, much the same as eye color and height. His worth to you is not determined by his shape or size or what he looks like. How much he weighs is not a measure of who he is as a person.” 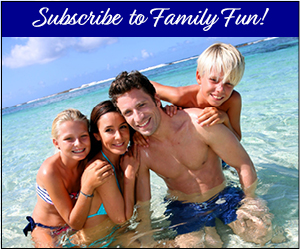