Holidays are meant to bring the families together, but that's not always easy when the dynamics have changed.

It’s a season when comforting traditions bring families together. But sometimes bringing them together may not necessarily bring them closer. Still, when families change or tensions mount, there are ways to keep the holidays happy.

When there’s a death, divorce or remarriage in the family, the holidays can become a season of transition. Deeply imbedded traditions that once defined celebrations may, for some family members, be too painful to pursue or too ill-fitting to entertain. The key to changing traditions in reconfigured families is to formulate ideas, get everyone’s input and then ease into the transition.

“When there’s been a change in the family unit and the holidays are rolling around, one of the first things that pops into kids’ minds is, ‘How is this year going to be different?’” says Priscilla Singleton, director of the Center for Families in Transition at the Council for Relationships. “There’s comfort in old traditions, so to adopt new ones may elicit anxiety. Before making any changes, parents should consider which traditions are appropriate to keep, think about ones they can create and then talk with their children to get their input.”

Tasha Olfus thought she had done this. From the time her son Jordan could remember, his grandfather played a significant role in the boy’s life while his own dad, Jeff, a military man, was stationed away from home. So when this 8-year-old’s grandfather passed away that fall, his mother anticipated a heartbreaking holiday.

“Up to this point, my dad had been a central figure in Jordan’s holiday celebrations since Jeff was gone for most of them,” says Olfus of her son, now 11. “On Thanksgiving, they would sit in their recliners and watch TV. Around Christmas, Jordan helped my dad decorate his house. And on Christmas Day, they would sit on the floor and play for literally hours on end.”

Contemplating her son’s sorrow, Olfus instituted some new traditions that included cutting down their own tree, letting Jordan make decorating decisions and having their first family portrait made. But even with these, the boy felt painfully shortchanged.

“Mom was still grieving and didn’t want to celebrate, so we told Jordan we wouldn’t be decorating their house that year,” says Olfus. “I assumed he connected the dots and knew we weren’t going there Christmas Day. But that morning after opening presents, he said, ‘When are we going to Granny’s house?’ I said, ‘We’re not.’ At that point he started to cry. Looking back, I realize I should have spelled out how the day was going to unfold so there were no surprises.”

“By the time kids reach 7 or 8, parents should make sure they understand what traditions are going to stay the same and what’s going to change,” says Dr. David Mandelbaum, a psychologist specializing in family issues. “If there’s resistance to new ones, ease into it. Say, ‘Let’s try it this year and see how it goes.’ This gives you the option to continue or make alterations in the future.”

Lisa Morgan Shields, mother of two, didn’t get any resistance to holiday traditions after her first husband died three years ago. In fact, it was daughters Lexi and Katie who initiated the rituals that year.

“Thanksgiving night the girls insisted on putting up the Christmas tree — which we never did that early — but wanted to decorate it just like they had in years past,” says Shields of her then 9- and 11-year-olds. “They also took the lead in shopping, something their dad had always done. But the biggest change that year was we visited my brother in Michigan. Everyone loved the idea and thought it would be a fun adventure. But Christmas morning we felt displaced and hurting and needed to grieve.”

“Don’t expect things to run smoothly at the onset of new traditions, particularly if they are radically different,” says Singleton. “Older children especially may be slower to accept change and need time to grieve the loss of the once-intact family.”

That goes for blended ones too.

“One of the problems with newly blended families is that parents are excited about pulling everyone together and may forget that the kids don’t match their level of enthusiasm,” says Mandelbaum. “If you’re coming from a divorced or newly married situation, continue traditions that don’t infringe on others and create new ones to bond the family together.
The stepparent and stepchild may even want to do something one-on-one, but take the child’s lead in that.”

“Last year, my fiancé Jerry and I decided we’d get a jumpstart on blending our families, my girls with his two boys,” says Shields, who remarried this past spring. “We talked about it and everyone was open to change. Since Jerry was selling his house, the boys put up their decorations at our house. Then we combined traditions and from Christmas Eve on, things went as planned.” But there was one thing Shields’ girls didn’t plan on.

“For Christmas Jerry’s boys gave Lexi and Katie a beautiful package, which they opened with great anticipation,” she says. “Inside was a gag gift — an old, mangled doll that was shockingly scary, to say the least. At first the girls screamed, then we all started laughing. This year Lexi and Katie have decided to return the favor and make this a new gift-giving tradition.” 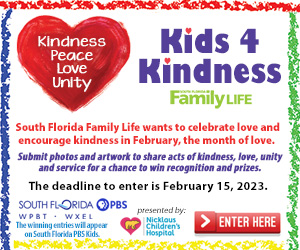 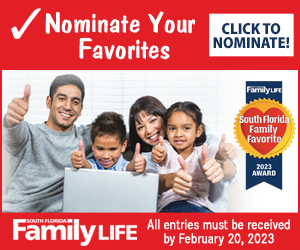 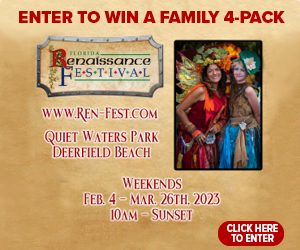